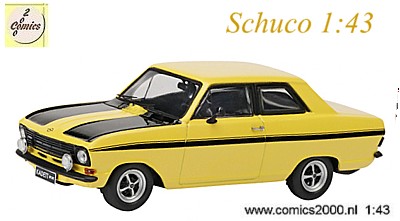 Orthodox car and without particular fancy flights, the Opel Kadett II series was marketed from 1965. In its rather long career, which lasted until 1973, the Kadett B was produced in various configurations: coupé, 2 or 4 door sedan, break. The engines were various, such as the 1078 or 1196cc. Larger engines were also fitted, such as the 1.7 or 1.9-liter Rekord, especially for sportier versions, such as the Rally, equipped with a double-barrel carburetor.